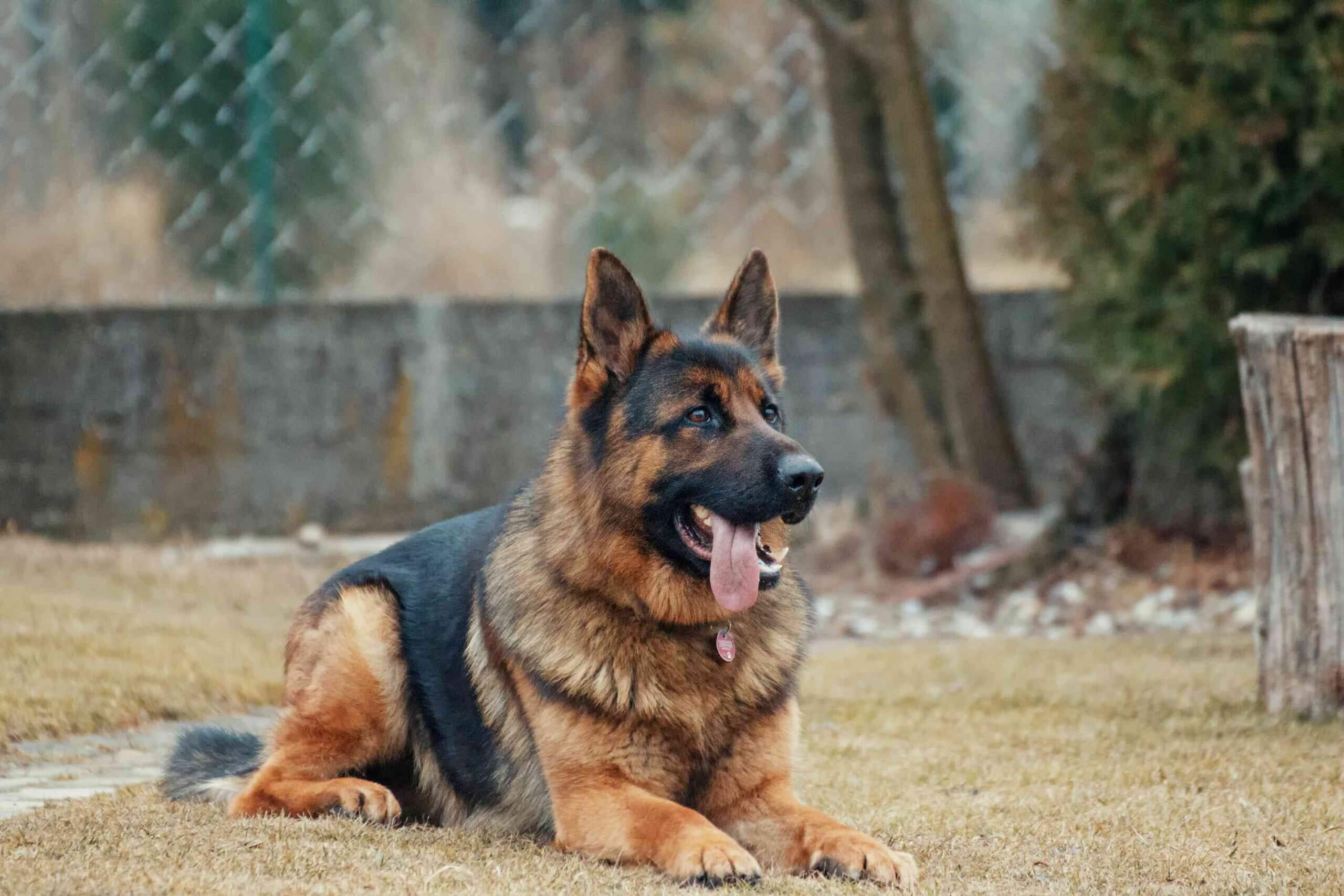 India has a fair number of dog lovers who have a genuine interest in the animal themself and also have a stronghold on a lot of information about them. This willingness to learn and their apt knowledge on the subject has resulted in a number of different breeds of dogs to garner popularity and flourish in India. One of such a popular breed in India is the German Shepherd.

German Shepherds enjoy a great deal, of not just popularity but adoration as well, in this country. Their sturdy physique and healthy body protect them from a lot of diseases and as a result they excel in a number of jobs without risking their health. Be it as a search slash detector dog for the police and the military or perhaps as a rescue dog or even as a simple guide and assistant dog, they are amazing at almost everything they are assigned to do. The high intellect, obedience and ability to take orders sets the German Shepherds a bar higher than the rest of the dogs.

But like every other dog in this world, German Shepherds also come with both good qualities and bad qualities. And if you are considering adopting one, you should know of all the necessary information on the matter to make the whole process easier for both you and your dog. So, in today’s article we will be discussing and providing you with all kinds of information you need to know before adopting a German Shepherd of your own. In the following part of the article we will be including various topics to discuss such as the price of German Shepherds in India, their vaccination and vet charge, pet insurance policies available in India and so on.

PRICE OF GERMAN SHEPHERD IN INDIA

German Shepherd price in India usually ranges from 10,000 INR to 70,000 INR, depending upon the breeder.

Below we have provided the average price list of German Shepherds in different cities or states of India.

The price of German Shepherd dogs in Kerala are different based on what kind of dog you are adopting. If it’s of a single coat it costs around 21,500 INR to 36,000 INR. But for double coated German Shepherds the charge is around 39,000 INR to 53,000 INR. The price will again change if you categorize them into qualities. For pet quality the cost is usually less, whereas for show quality the charge is always higher.

White German Shepherds are kind of rare, and the frequency of their adoption is not as high as black and brown furred German Shepherds. The price of white German shepherds in India is around 50,000 INR to 65,000 INR, depending on the breeder.

The price on adoption of German Shepherds vary primarily for four reasons:-

Location– Location plays a role in cost of adoption since India has a lot of states, thus causing variation of prices in different cities and different parts of the country in general. The cost of adopting a German Shepherd from an out of state breeder also tends to play a role in the cost.

Breed– Another factor that will play a role in the cost of adoption is whether the German Shepherd is a pure or mixed breed. Most dog owners tend to adopt purebreds as do most breeders advise them to. Partly, the reason is the fact that it provides a higher profit margin for the breeders. However, the primary reason is the fact that purebreds are more resilient to health issues. It is a known fact that adopting pets is a huge responsibility as well as a financial burden. Frequent unwanted health issues will definitely cause problems in either field.

Age, colour and coat- Age also plays a vital role when determining the price of a German Shepherd pup. Younger pups sometimes cost more than the older ones. While in some cases it may be the opposite. In reality it depends on the breeder you are buying your German Shepherd pup from. Colours that are rarer and uncommon for a breed tend to cost more than the ones that are more common and famously found. If the coat is more shiny and or glossy it tends to hike the price up with it as well.

Now that we have discussed the possible reasons behind the fluctuations of price of adopting German Shepherds in different cities and states of India, let’s come to other expenses that will follow once you adopt your German Shepherd.

The most prominent feature of a German Shepherd lies in their shiny fur and lean and bony physique. They are strong canines, and exhibit extremely loyal behavior. As they are not native to India, the hot and humid weather of India might cause them to suffer from some health issues that may cause them to shed.

In such a situation, they need high quality dog food which has a high concentration of protein and other supplements needed for their growth and development. Therefore, good dog food will charge you around 10,000 INR to 15,500 INR.

Regular vet check-ups are an unskippable and important step to a healthy dog. Vet visits come with vaccines and deworming. Vaccines for German Shepherds cost around 4,000 INR. Deworming medicines should also never be skipped and be taken as prescribed by your vet. Deworming medicines don’t usually exceed the 500 INR price limit.

On an average, monthly expenses for your German Shepherd’s vet visits will fall under 20,000 INR.

Neutering is important for German Shepherds and is hugely recommended by professional breeders too as it comes with several health advantages. Even though you will be stopping them from reproducing and the process itself is very painful, you will also be protecting them from several diseases like heart problems and even cancer.

Breeding is a tedious task and is not for everyone and although the advantages it has are mention-worthy, it is in the best interest for German Shepherds to get neutered or spayed. In India, neutering charges range from  INR to 15,000 INR. Keep in mind that price differences may be noticed when you compare among other states.

Skin and hair care cost comes hand in hand with these. It’s important to keep the shiny fur of your German Shepherd intact and to prevent them from shedding all that beautiful hair fast. Expect the skin and hair care bills of your dog to be around 1,000 INR to 2,500 INR on average per month.Grooming charges at any dog parlor ranges from 4,500 INR to 5,000 INR.

Get ready to buy lots and lots of toys for your German Shepherd. They are just simple babies in the body of a furry four legged creature. Their growing teeth will need chewing toys and balls to pay with. Don’t forget about clothes now!

Apart from these, you will also need a bed and kennel, bowls for food and water, high quality leash and chain and so on.

Now comes training. For a German Shepherd to reach his/her full potential, good and proper training is a must since puppyhood. Trainers can be appointed by the owner themselves or by the breeder as well if needed. In India, trainers charge 10,000 INR to 20,000 INR approximately, each month. Once again, changing states and cities will cause a fluctuation in price.

As a dog that may end up making you spend at least 1 lac annually for themselves, it’s better to consider pet insurance. Pawtechindia.com is a good choice if you do indeed plan on getting pet insurance. They also have a variety of plans you can choose from. It will help you in the long run so do consider the advice with an open mind.

An insurance premium from Pawtechindia.com, for a German Shepherd that covers liability will charge you around 5,500 INR to 15,000 INR.

A dog owner should always remember that the journey doesn’t end with adopting their desired dog. Instead that is just the beginning of the tedious times.

German Shepherds are not native to India and therefore require a lot of attention and care. They may not be able to thrive in the tropical Indian weather but at least you should try to make them as happy as possible.

Despite all the huge amounts of money spent on them, you may end up with an unhappy dog if you are unable to meet their needs that go beyond just monetary supplies.

A happy you will help make your pet happy and seeing your pet happy will render you happy in turn. And this cycle of happiness will continue when in the company of such an adorable friend with four paws and a wagging tail!